Receiver directly applies Xlog to SM since XLog is already verified by QP of the local server. This method enables the best performance among all Replication techniques.

Replication Manager has two threads, Sender and Receiver.
When the sender sees a new log, it immediately creates an XLog and sends it to the Receiver.
XLog contains the information about how to replay the same transaction in the remote server. 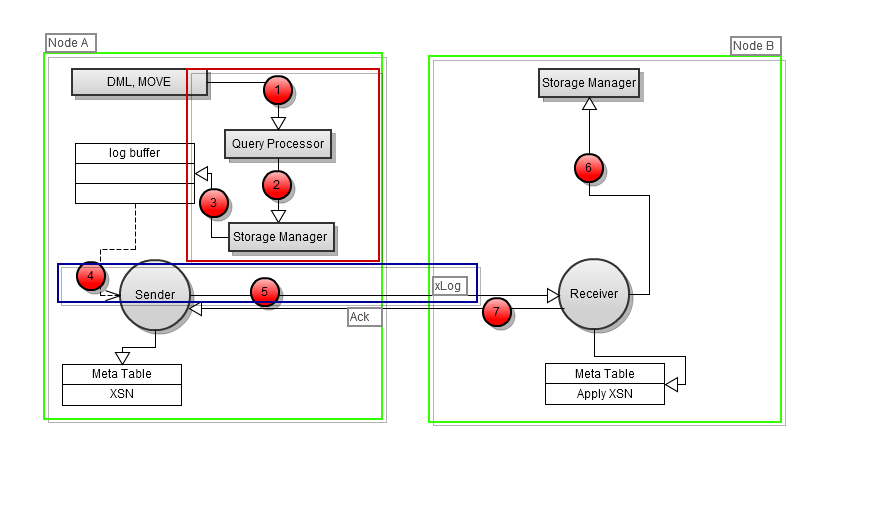 How to create Replication?

Step2. Create the replication object and start it.

In Asynchronous mode, a local transaction is completed without waiting for the remote server to successfully commit the same transaction. In Synchronous mode, however, the local transaction is completed concurrently with the remote server – only if both local and remote servers confirm the successful committed operation. While asynchronous mode provides higher performance, allows for geographically distributed nodes, and multiple servers in the topology; there are cases where some records may become out-of-sync. When using asynchronous mode, some records can be different for a period of time due to network latency or failure, or maintenance windows during which replication may be stopped by an administrator. The window during which the records are out-of-sync may lead to replication conflicts

Do you want to learn more about replication conflicts ?